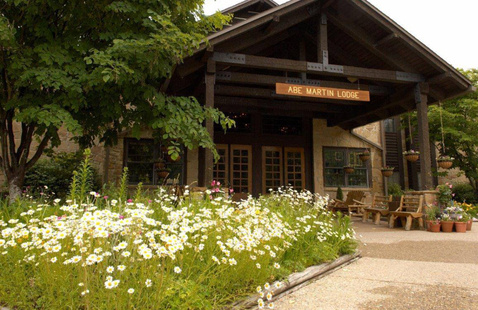 The Indiana Department of Administration and Indiana State Parks have completed the renovation of the 54-room east wing of Abe Martin Lodge.

Rooms can now be reserved to serve as a base for great hiking, mountain biking and other outdoor activities in Brown County State Park, the lodge’s location, and for exploring and shopping in nearby Nashville and surrounding Brown County communities.

The $4.5 million project was funded as part of an appropriation of more than $29 million in deferred maintenance dollars from the Indiana General Assembly.

“Under Governor Holcomb’s leadership we are helping Hoosiers and our guests make memories for generations to come,” said DNR Director Dan Bortner.

The nearly 16,000-acre state park was established in 1929. The original lodge opened in 1932 and was named after Abe Martin, the fictional backwoods Brown County cartoon character created by humorist Kin Hubbard in the early 1900s. Since the lodge’s initial construction, lodge rooms, family cabins, and cabin suites have been added to increase capacity. The east wing, formerly called the annex, opened in 1987. An indoor aquatic center, which provides a year-round attraction for families, opened in 2009.

The Abe Martin renovations join improvements made to the sleeping cabins and several guest rooms at Turkey Run Inn in 2020.

Rooms can be reserved at Abe Martin Lodge, Turkey Run Inn, or at any of the other six Indiana State Park Inns at IndianaInns.com or by calling 1-877-LODGES1.