“Indiana may not be a border state,” Attorney General Rokita said, “but the 6 million people I represent are negatively impacted by illegal border crossings due to increased crime, drug use, lack of shared values and through their lawlessness, the deterioration of individual liberties.”

Last year, Attorney General Rokita visited several locations along the U.S.-Mexico border to get a firsthand look at the current state of the crisis. He will return soon to the border with attorneys general from across the country to collaborate on solutions.

“Often, when government officials go to the border, we are shown all that is going right,” Attorney General Rokita said, “but my experience at the Florida, Texas and Arizona borders, which I visited in late October, offered proof of all that is going wrong.”

Attorney General Rokita has led the fight against the Biden administration’s soft coddling of illegal immigrants, such as when he led a 15-state amicus brief in August aimed at stopping President Joe Biden from shelving former President Donald Trump’s successful “Remain in Mexico” policy. The U.S. Supreme Court ruled in favor of Attorney General Rokita and the coalition. Although the Biden administration continues its efforts to undo the Trump policy, the federal government in December submitted to the court ruling and resumed the “Remain in Mexico” policy for now.

In the attached video, Attorney General Rokita discusses illegal immigration and his trips to the border. 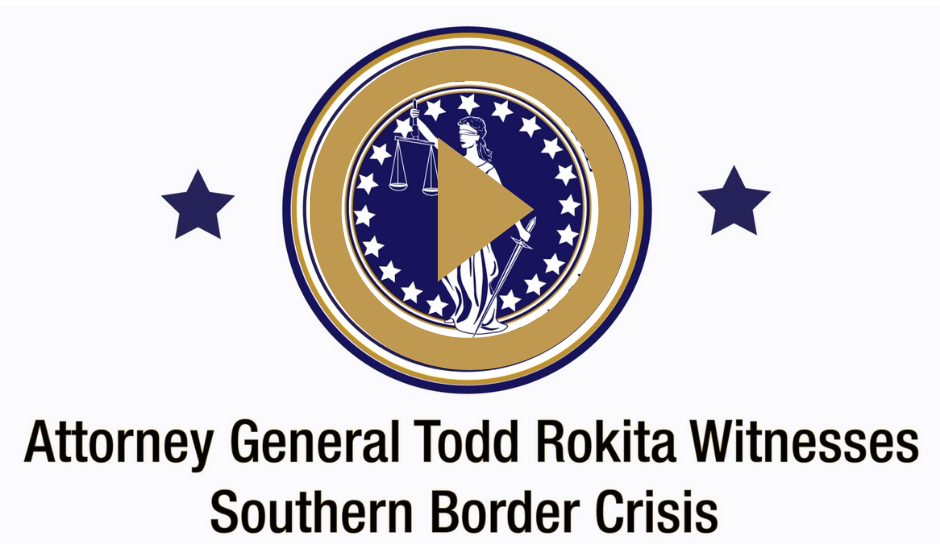