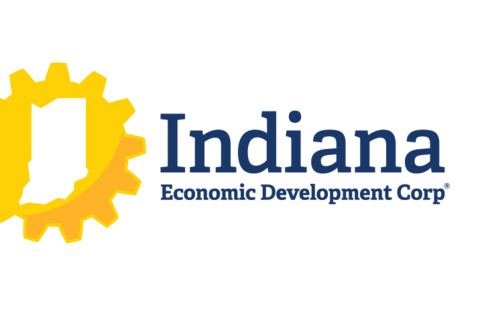 FORT WAYNE, Ind. (May 23, 2022) – Exurban, an international e-waste recycling company, announced plans this month to locate operations in Allen County, creating up to 200 new jobs by the end of 2026. Today’s announcement comes on the heels of Governor Eric J. Holcomb and Secretary of Commerce Brad Chambers’ recent trip to Europe, where they met with Exurban executives in the United Kingdom.

“With its significant investment and hiring plans, Exurban will create the first zero waste smelter that will generate significant economic impacts throughout the region for generations," said Gov. Holcomb. "When Sec. Chambers and I met with Exurban’s leadership, we were impressed with their global expertise in metals and knew a close partnership would allow us to help shape a sustainable world together.”

Headquartered in the U.K., the company plans to invest more than $340 million to establish its first U.S. operations. The facility will set new standards in environmental performance, with the capability to retrieve valuable metals including copper, gold and silver from e-waste, or discarded electronic appliances such as mobile phones, computers and televisions.

“Like-minded, forward-thinking partners like Exurban are exactly the kind of companies we want to attract to Indiana,” sad Secretary of Commerce Brad Chambers. “It became clear after meeting with Exurban that their mission of repurposing waste is directly in line with the state’s 5E focus in particular Indiana’s commitment around the Energy Transition.”

Occupying 77 acres and located at Adams Township Industrial Park in Fort Wayne, the new facility will allow Exurban to invest in the U.S market and meet growing customer demands. The company is set to begin construction in 2023.

“We are excited to announce the site of the world’s first zero waste smelter refinery to offer a domestic, low carbon solution to the global challenge of e-waste," said Jean Paul Deco, co-founder of Exurban USA. "We are delighted with the welcome we have been given in Indiana, and I am proud that the plant we are announcing today will set new standards in recycling critical metals from discarded waste streams."

This development is in response to the millions of tons of e-waste buried in landfill or shipped overseas every year, resulting in negative impact on health and the environment. The plant, which will be Exurban’s first, will enable the company to stop shipping waste to other countries, while deploying new proven technology to set new standards in recycling e-waste.

“Our investment in Fort Wayne, Indiana, is a major milestone for Exurban and makes an important contribution to meeting the environmental challenge of e-waste," said Stefan Boel, chairman of Exurban. "This is just the start of a journey. Working with key supply partnerships from leading recycling companies, we share the vision to expand around the world in this fast-growing market."

“Exurban’s planned investment in Fort Wayne is a tremendous win for our community as we continue to work each day to retain and attract businesses and employees,” said Fort Wayne Mayor Tom Henry. “Having the company’s U.S. headquarters in southeast Fort Wayne sends a strong message that our city is growing, thriving and an attractive place for companies to locate and succeed.”

Based on the company’s job creation plans, the Indiana Economic Development Corporation committed an investment in Exurban of up to $2.5 million in the form of incentive-based tax credits and up to $200,000 in conditional training grants. These tax credits are performance-based, meaning the company is eligible to claim incentives once Hoosiers are hired and trained. The city of Fort Wayne and Northeast Indiana Works support this project.

Exurban joins more than 90 U.K.-owned business locations in Indiana employing roughly 36,800. Since 2017, the IEDC has helped secure commitments from more than 100 European companies to expand or locate operations in Indiana, committing to create more than 9,200 new jobs and $6.9 billion in capital investment. Indiana and the U.K. also share a strong trade relationship, as Indiana supports approximately 90 U.K.-owned business facilities across the state, making the U.K. Indiana’s second-largest European investor and third largest globally.