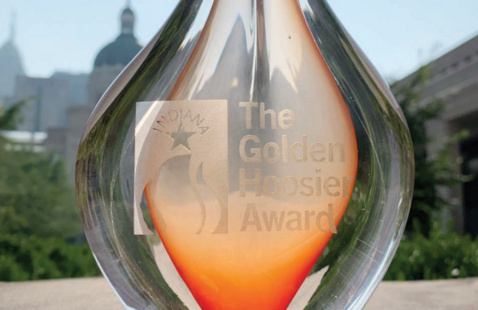 "So many of our strong nonprofits rely on the generosity of volunteers, and we are fortunate to have great senior citizens who answer the call to give their time, lend a hand and make considerable contributions to their communities," Crouch said. “These humble leaders make positive impacts on the lives of others and improve the overall wellbeing of our state. Thank you for your service and answering the call to give back.”

Crouch said the award began in 2008 and annually honors Hoosier senior citizens for their years of service and commitment to the state.

This year, Golden Hoosier Award recipients will be honored with a video ceremony, which can be watched by going to IN.gov/lg/2532.htm.

The following individuals are this year’s Golden Hoosier Award recipients:

In addition to these recipients, Phyllis Menke of Huntingburg received the Indiana Golden Hoosier Humanitarian Award. This award is a special recognition of an individual who seeks to promote the welfare of others.

Since 2008, more than 260 Hoosiers have received the Golden Hoosier Award.

Click here for a high resolution photo of Lt. Gov. Crouch. For email updates
from her office and these agencies, click here.