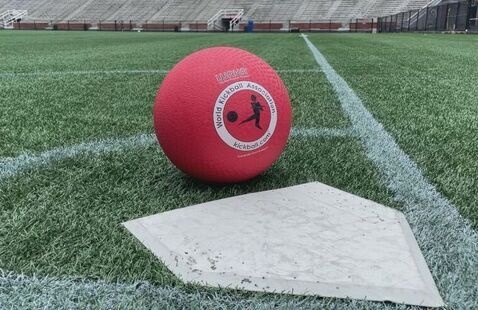 Whether you’re a seasoned kickball player, or haven’t played since you were…well…younger, it’s time to get a team together to compete against other state agencies and employees!

The SECC Kickball Tournament will be held on Tuesday, October 19, 2021 at the Chuck Klein Sports Complex in Indianapolis. The tournament begins at 2 p.m., with the championship game scheduled for that same evening.

The Indiana State Personnel Department (INSPD) is now accepting team registrations. The registration fee per team is $200. Your team can have 10 to 20 members. If your agency doesn't have enough people to field a team OR if you want to sign up as a single-player, just let INSPD know when you register, and we'll either place you on another team or build a team of free agents. Register by Oct. 14.

Spectators are encouraged, so bring your agency to the tournament to cheer your team to victory! Besides the tournament, there will be a selection of local food trucks at the event throughout the afternoon. Part of the proceeds from their sales will be donated to INARF.